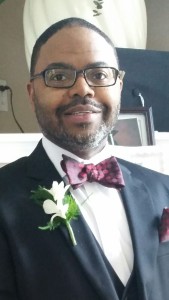 John H. Moses is devoted to serving the public. In an effort to give back to his community, he has accomplished outreach efforts by creating and launching several neighborhood programs. For several years, John self-published a monthly newsletter entitled, “Brother’s Keeper”, which was designed to encourage and positively impact the lives of Christian men. Additionally, he developed and organized a Manhood Symposium for his former church as well as delivered motivational speeches during several worship and annual Men’s Day services.

Truly inspired, John has earned a Bachelor’s Degree in Public Law and Government, Certification in Grant Writing and a Master’s Degree in Public Administration. By doing so, it is his desire to utilize his education as a method of serving the community-particularly in a solution-based setting geared toward youth outreach and male development. Armed with an arsenal of experiences and passion, John has a genuine interest in helping young males succeed in life. In his present position as an Operations Supervisor with the federal court, John encourages staff to pursue their passion and life goals. He has also spearheaded various diversity and civility initiatives of the Court as Chairman of the Clerk’s Office Diversity and Civility committee. John has also served fourteen years working for state court as a Probation Officer Supervisor. In addition to supervising young offenders on court order, he has mentored young black males back into education, work or training and encouraged them to take part in constructive activities. He served as Secretary and is presently a Trustee on the Board of Directors for the Homeowners Association in his community.

John’s twenty-five year career with the federal government has played a significant role in the refinement of his character. Having been denied opportunities for advancement earlier in his career due to character flaws, John realized the importance of possessing and exhibiting positive character traits. The constructive feedback he received served as an eye opener that allowed him to use opposition as an opportunity to change his flaws into virtues. Seeing the need to encourage others to display a positive self-image and upright character coupled with his commitment to the empowerment of young males led to the development of Well-Suited for Manhood. To continue his efforts, John receives inspiration, support and encouragement from his loving wife Felicia and his teenage daughter Miracle.