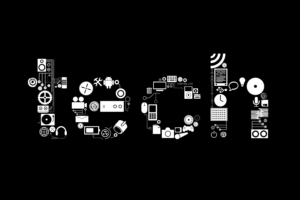 On Wednesday, April 25 while walking on my lunch at COBO convention center, I was bombarded by thousands of students who created an alliance of teams from various Michigan High schools who won the Michigan State Championships in robotics on April 14 at Saginaw Valley State University.

While navigating the crowd, I took inventory of the number of black students, particularly males, who were in attendance.  Sadly enough, I only encountered one.   I stopped to congratulate him and provided him with a flyer for the “Young Black Male – #Favored Not Feared movement.

With the crisis growing for young black males to find jobs and the many opportunities that exist in the world of STEM (Science, Technology, Engineering, and Mathematics) especially “tech,” it troubled me that there were not more black students participating in this championship.

From this vast crowd of mixed students, I realized that we as a community need to do more to expose black children to the world of STEM. Since many of us learned to play chess, checkers, dominos, or complicated card games (Spades, Bid Whist) with family members,  perhaps if we continued the socialization and exposure of black kids to mathematics through these and other activities, they would find more interest in STEM.   Instead, black students tend to gravitate toward careers in social sciences and services such as Social Work or Sociology.

Although I was exposed to and played complicated card games with my family, I was not made aware of the importance of STEM and the various career choices.  Given the advancement, current use, and future of technology, I have recently developed an interest in tech.  Using plugins and shortcodes through trial and error to make changes and updates to my organization’s website, in addition to listening to the Tech Tuesday segment on the Karen Hunter Show on Sirius XM Radio, I have decided to learn CODING in my spare time.

Due to the disproportionate number of black students, especially males, who have an interest in technology except through use usage only, I would like to organize a CODING class for young black males.    As part of our #Black Male #Favored Not Feared Movement, this will help change the narrative of how black males are depicted and provide options to make positive life C.H.O.I.C.E.S.

If you have coding experience or are interested in helping to organize a coding class for young black males, email me @wellsuitedformanhood@gmail.com. 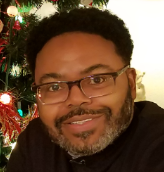 Hi, I’m John!   Thanks for taking time to read our post. This blog is written to encourage, inspire and empower men from any background to make positive life C.H.O.I.C.E.S.